THE SOUTH SEA BUBBLE, 1720: NARRATIVES OF THE FIRST INTERNATIONAL CRASH 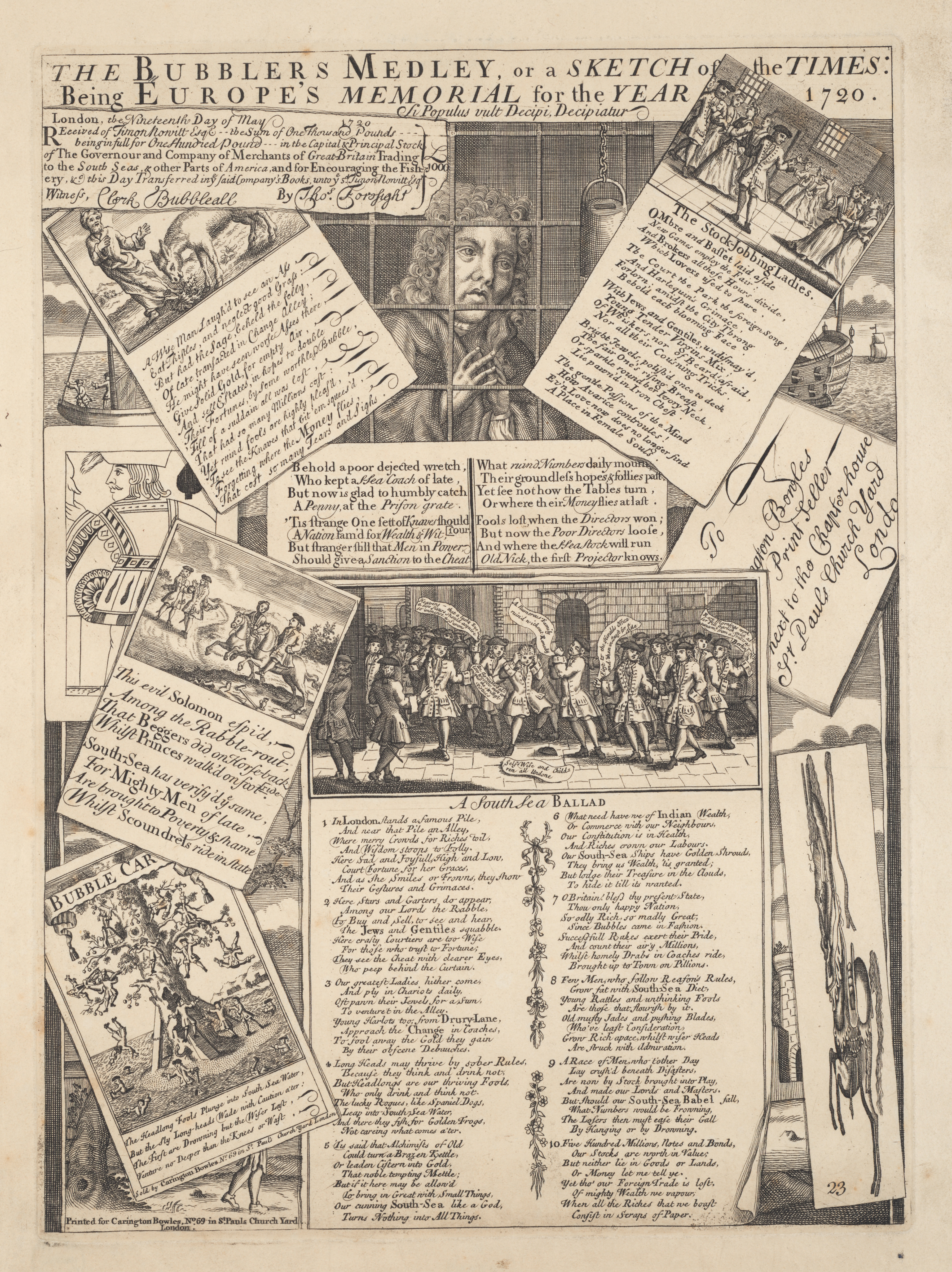 The Bubblers Medley, or a Sketch of the Times, 1720

The South Sea Bubble, 1720: Narratives of the First International Crash marks the 300th anniversary of one of the most infamous stock market crashes. British citizens from all walks of life invested in the South Sea Company: a public-private enterprise that was granted a trade monopoly with Spanish colonies in South America in return for converting British government debt into company shares. As a result of London’s thriving printing industry in this era, a wealth of records survives on the speculation mania surrounding the dramatic rise and fall of the company stock. Scottish economist and historian Adam Anderson, who wrote a history of the South Sea Bubble in 1764, emphasized the importance of “remembrance thereof, as a warning to after ages.” [1] From Parliamentary decrees to satirical prints, the South Sea Bubble Collection at Baker Library reveals economic, political, cultural, and social narratives of the investor frenzy and ensuing financial collapse of 1720 that resonate to this day.

NEXT: The Founding of the South Sea Company

Except where otherwise noted, this work is subject to a Creative Commons Attribution 4.0 International License, which allows anyone to share and adapt our material as long as proper attribution is given. For details and exceptions, see the Harvard Library Copyright Policy ©2018 Presidents and Fellows of Harvard College.